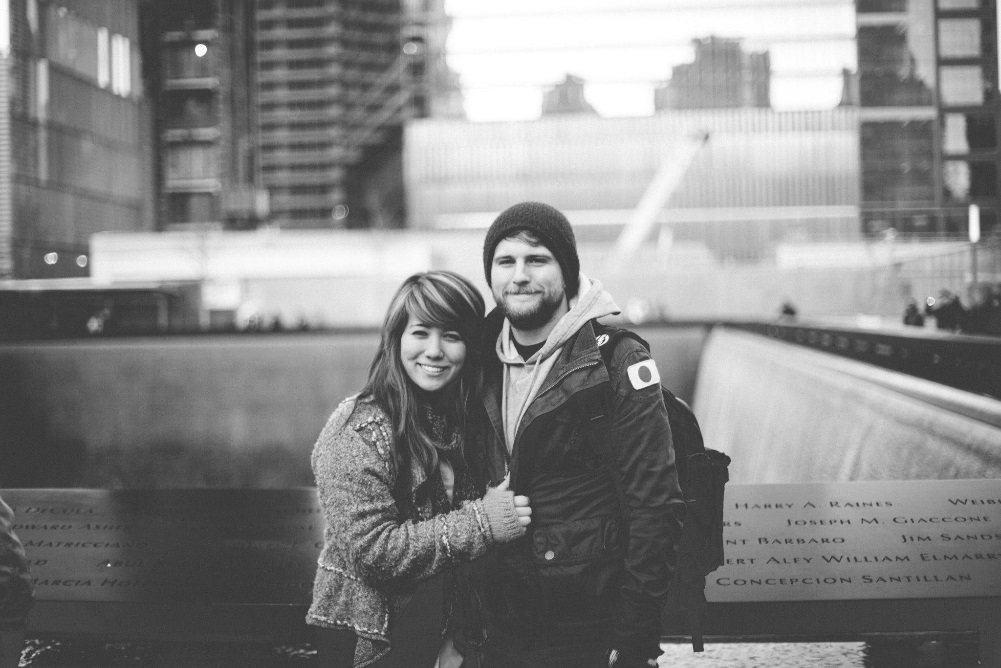 Most people use college as a time to start networking: looking for friends, looking for a spouse, looking for business partners. Austin and Kelsey Bock were lucky enough to find all of those things in each other.

The couple met in 2010 during a business class. Kelsey, a graphic design major with a business minor, had spent most of her life growing up in Japan. Austin, a sports ministry major who was also minoring in business, was fascinated by Japanese culture. The two became friends, began dating in 2011, and married the next summer. IWU professor Umfundisi Jim Lo officiated the ceremony. “[Umfundisi] always believed in us, even when we didn’t believe in ourselves, and he was our biggest cheerleader going forward with marriage and life,” Austin says. He and Kelsey were impacted by Umfundisi’s passion, faith, and genuine love for others. Soon after marrying, Austin and Kelsey began to discuss starting a business together. They wanted to emulate the attributes they admired in Dr. Lo – and in the rest of the IWU community. “IWU itself was one of [our] biggest inspirations,” Austin says. “Our heart for the poor and powerless came about because of the many missions trips we got to be a part of, while our desire to reach the lost for and with Jesus came about because of chapel, worship and prayer nights, and our amazing friends.” With all of those things in mind, Bound for Freedom was born. Austin and Kelsey define B4F as a For-Purpose business – a for-profit that strives to function as a non-profit would. Originally, B4F was also a portable business. Austin and Kelsey sold fair-trade and social justice products at fairs and festivals in West Michigan. Two years later, they bought a store front in St. Joseph, Austin’s hometown, where they now sell a variety of products ranging from artwork to jewelry to coffee.

Austin says B4F operates with one purpose in mind: combating global, national, and local issues of injustice and raising awareness about those issues. “Every purchase that is made from B4F goes directly to supporting a cause we have selected to partner with,” he explains. “Whether it is giving sex trafficking victims a safe outlet and a sustainable job, or [giving] child soldiers rehabilitation opportunities, every product sold moves to equip others toward freedom.” Operating a business and changing the world take a lot of energy. Finding money for store renovations or bringing in new products is sometimes a challenge, as is learning to handle all of the forms and paperwork involved in owning a company. Another hardship has been on Kelsey’s part: besides working at B4F with Austin, she also operates her own photography and graphic design company, Maiko Media. Balancing two businesses at once has helped Kelsey learn how to manage her time and how to set up her work so as to avoid stressing herself out or double-booking clients. Sometimes this means declining certain freelance jobs or letting Austin run B4F. She explains, “Quality of life is so much more important to me than making a name for myself … My husband is excellent at his strengths, and I can give him the freedom to run B4F when my time doesn’t allow me to help him out.” Trust and the give-and-take component of their relationship are part of why Austin and Kelsey love working together. “God put us together for a reason,” Austin explains. “There are things within the business that I can’t do well [but] that Kels is amazing at, and vice versa … It totally helps us to understand why God enjoys working with us in every aspect of our lives.” Owning B4F has also brought the Bocks closer together as a couple, made them more dependent on God, and increased their understanding of one another.

In the future, the Bocks hope to expand B4F to include more stores in the company’s home base of St. Joseph, Michigan. B4F’s goal is to invest in and educate local impoverished families, homeless individuals, trafficking victims, and others who have had hard lives by providing financial resources and teaching them to create products through which they can earn a living. Austin and Kelsey hope to expand B4F into an international business, specifically by starting a store-café in Japan. “We want to reach the millions of lost and broken people in that nation,” Austin explains. Although for now Bound For Freedom only has one store front, the Bocks believe the company will continue to grow with God’s help. Says Austin, “B4F is beginning to stir the hearts and minds of those who frequent our store to think more about how they can affect people in the world around them … Our hope is that as we become more of a familiar face in the community, we can begin to witness to others more in the love of Jesus.” Austin and Kelsey believe Christians should display this love in their communities: “Use whatever realm of influence the Lord has placed you in … The church doesn’t always do the best job showing His love, but we are trying. We promise He loves you and has amazing things planned for your life. Just talk to Him – He will reveal Himself to you.” The Bocks also strongly encourage others to become involved in social justice issues. They suggest locating and volunteering with an established organization by providing time or financial sponsorship. “People should also look into their shopping habits and the people behind the products [they buy],” says Austin. He encourages consumers to avoid buying products made by companies that pay their workers unfairly low wages – or, in some cases, no wages at all. “[Buying fair trade] may cost more, but it helps more in the end,” he says.

Written by Megan Emily. Megan is a 2015 IWU alumna and operates Earthworms, a blog about finding hope and security.