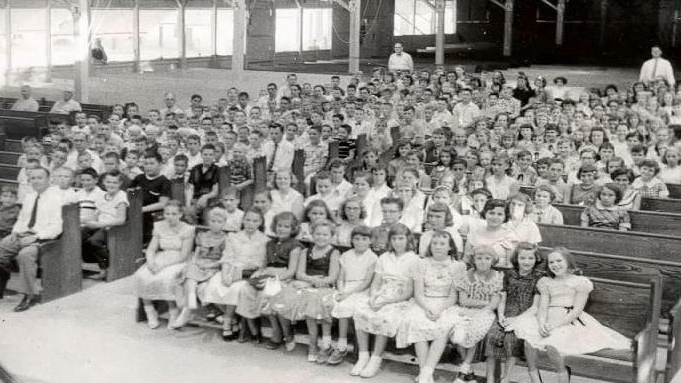 On this site, June 25, 1919, the delegates of the Wesleyan Methodist General Conference elected to establish Marion College. The college opened in 1920, with the Fairmount Bible School (circa 1906) forming “The School of Theology.” In 1988, Marion College became Indiana Wesleyan University. 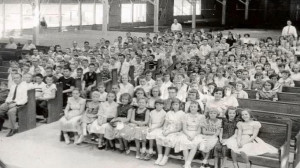 Dr. David Wright, President of Indiana Wesleyan University offered an historical perspective in his opening remarks. He spoke of the legacy of generations over the years. Wright offered comments referring to generations of people who have attended Camp Meetings over the years and many who attended the opening service that are alumni of IWU. Wright asked those who attended IWU (then Marion College for many) to stand. The majority of the nearly 800 in attendance stood to be recognized.

The commemorative historical rock was an idea birthed by members of the Camp board. Mr. Tom Sloan ’76 and Mr. Elvin Weinmann ’82 (both alumni of IWU and Family Camp) led this effort with the support of all who serve in leadership of the Camp. “We hope that this rock reminds generations of descendants of the faithfulness of God,” says Tom Sloan. Sloan chose the inscription and rock and saw this as a ministry that will outlive even his generation. “This rock represents the vision of our forefathers who met as a General Church to establish a furtherance of a Christian Education academy and college,” says Weinmann. “In 1920 the Marion Normal College began under the leadership of The Wesleyan Methodist Church,” says Weinmann, “to further train Christian ministers and teachers.” What started as a high school academy and college later grew the college by adding other Liberal Arts training degrees at what was called “The Triangle” campus on Washington Street in Marion, Indiana. 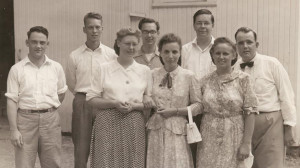 “There are generations of alumni who benefited by Christian education,” offers Rick Carder, Director of Alumni and Church Engagement at Indiana Wesleyan University. Carder reflects, “Familiar names of IWU alumni who are also alumni of Fairmount Camp include Wilbur & Ardelia Williams, Millie Jacobs Troyer, Coach Terry Porter, Marge Elder, Margaret Vardaman, Ray Welch, Dr. Lee Haines (pictured above) and Jean Sloan. These are only a few of the legacy alumni.” Robert Vardaman, Jr. remembers that having Rev. John Ott speak during family camp helps to instill historical connectedness and is a legacy alum of Family Camp and IWU alum.

The commemorative stone is located next to a newly build dining hall. Tom Sloan says, “We hope that Fairmount Camp attendees will help further commemorative this celebrated history by helping to build a patio area by donating paving bricks inscribing their name and the names of their children.” He added, “Legacy Bricks to include an opportunity to do bricks for our fore-fathers. We are doing three generations of Sloan’s that have passed away. This (representation)  is for Past, Present, and future.” They are expecting a grandchild any day in which they will add a Legacy Brick. 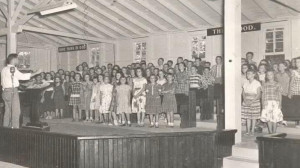 The Camp Meeting continues to grow each year. The centerpiece of this idyllic setting is the historic Bethel Tabernacle. This structure, with a seating capacity of approximately 1500, has housed worshipers for over one hundred years. In 1999, Bethel Tabernacle was featured in the Gaither Gospel Series’ Grammy nominated Down by the Tabernacle video.

One Reply to “A Large Rock Installed at Fairmount Family Camp Commemorates the Beginning of Indiana Wesleyan University.”