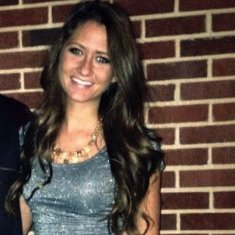 Take a moment to stop, close your eyes and imagine. Imagine yourself going into your freshman year of college. You have your car unpacked and your room is almost put together. You meet your RA, roommates and future classmates. As you begin to meet people and introduce yourself, there are four questions that are always asked: where are you from, what is your major, what do you want to do with that and where do you see yourself after college.

For the majority of first-year students, it is hard for them to imagine where they will be after graduation. They realize that their years in college are irreplaceable, so they desire to fill it with experience that will equip them for their future.

Amanda Howard ‘15 was in this same boat. Beginning her college career, she was at a stand still and had no clue what she wanted to do with the rest of her life. Howard embraced the services that were offered to her on campus through the Life Calling office. During her freshman year, she realized, “I want to go into PR.” By the end of her sophomore year, after her first Public Relations class, she hit the ground running and never looked back.

Howard quickly became involved in everything she could, from extra-curricular activities to internships. She joined Public Relations Student Society of America (PRSSA), and immediately ran for office. Though she got denied, she stayed positive, reminding herself that “failure is normally right before a great success.” Those words rang true, and the following year she was elected as PRSSA Vice-President.

Continuing the development of her passion for PR, she spent her Christmas break applying for prestigious

internships in Los Angeles and New York. Never thinking she would land one of them, she received an offer from Fingerprint Communication in New York City. The summer of her sophomore year, she packed up her bags and moved to NYC for the summer. Although Howard was not quite sure what she was doing nor been to the city before, she was excited. Working with some major accounts such as the Kardashian Kollection, Chinese Laundry and many others. It helped her to realize that fashion PR was not for her, but entertainment PR was.

Quickly realizing she was interested in entertainment, she set up an informational interview with the publicity coordinator at MTV and landed a second internship the following summer. During her time at MTV, she worked on planning for the Video Music Awards creating the red carpet credentials, social media strategies and more.

By senior year, Howard was sure she was going the right direction with her career. She began applying for jobs outside of Indiana, knowing that most entertainment jobs will be available elsewhere. With that in mind, she had many phone and video interviews with companies such as: CNN, CBS, MTV, United Talent

Agency and many more. Though she did not receive a position at any of those, she did receive a post-grad PR internship at BuzzFeed in New York. She felt successful and wonderfully rewarded, stating, “It’s statistically harder to get a job at BuzzFeed than to get into an Ivy League school.”

Howard’s pursuit and passion for PR led her to one of the most prestigious internships she could have received, and her experience will be invaluable to her as she continues to pursue her career goals.

Written by a guest writer, Dylan Radford. Dylan is a senior Strategic Communication major with a concentration in Public Relations. He is currently working as an Admissions Associate at Indiana Wesleyan and a member of IWU PRSSA. He is unsure of his plans after graduation, but hopes to work with a PR agency.