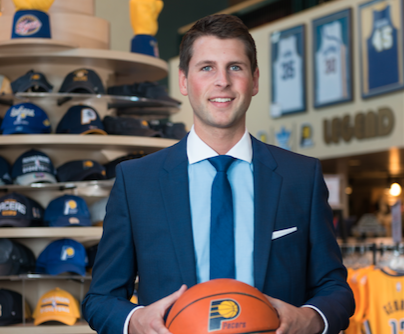 While college is a time for trying new things, soaking up what is happening around you and truly learning God’s plan for your life, it takes a dedicated person to run head first into opportunity. 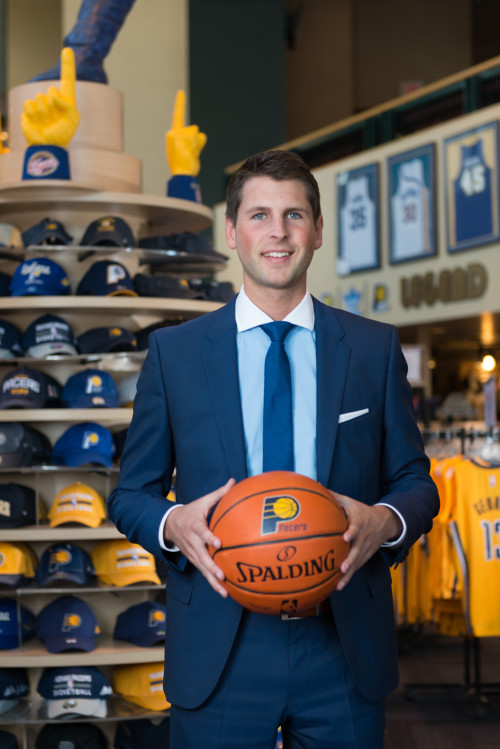 Indiana Wesleyan staff teach their students many valuable lessons, equations and facts, but hands-on opportunity is something ensured as a part of their students’ lives. Tim Streets (’13, Marketing & Business Administration) has the desire to achieve the finest results with the gifts and talents God has given him. He ran head first into opportunity during his time here at Indiana Wesleyan, and to him that made all the difference.

Although one of Streets’ biggest regrets during his time at IWU was that he did not triple major, he believes the campus organizations he became a part of allowed him to have the comfort and knowledge he has now  in his career. Enactus, or SIFE at the time, gave Streets’ the chance to practice what he was taught in the classroom. “Enactus is all about helping in the community and reaching out to those in need through the positive power of business,” says Tim. He was president of the team at IWU for two years. He states, “For two consecutive years I led a team of 35+ students and managed 10+ projects each year. As leader of this organization, I was able to put my leadership skills to action by effectively managing and growing our Enactus team each year.” Streets led the team to a Regional Championship Runner-Up during his time at IWU.

Through Enactus, Streets had the opportunity to become involved in the Young Entrepreneurs Program. “This program gives high school students a taste of business at the college level and beyond,” he states. In his senior year, he worked with a group of three Marion High School students. Streets spent over 35 hours helping these students create an entire business plan from scratch. “It’s one thing when you’re reading in the textbook, and it’s another thing when you’re out getting some of that experience and actually being able to put what you learn to the test,” Streets says. Jaleecia Bell, Garrett Treadwell and Brittany Olson, the three students Streets helped, ended up winning first in the 2013 Young Entrepreneurs Program business plan competition.

Streets graduated from IWU in 2013 with a double major in Marketing and Business Administration. He now puts his gifts to good use working for the Indiana Pacers as their Corporate Ticket Sales Manager. “Being so engaged and aggressive with pursuing extracurricular activities during my time at Indiana Wesleyan truly allowed me to stand apart from others vying for a position with the Pacers,” he says.

Streets currently works with local Indianapolis businesses by selling court side season ticket plans and managing suite rental for Pacers Sports and Entertainment. He focuses on cultivating current relationships and crafting new relationships with his clients. His comfort with his gifts has allowed him to be extremely successful at what he does. “During the Enactus Regional Competition my Junior and Senior year I spoke in front of over 50 judges comprised of business leaders and executives throughout the Midwest. My current position with the Indiana Pacers requires me to speak in front of CEO’s and VP’s daily, which allowed that transition to be a seamless one.”

Although Streets’ main focus is the Pacers, he was a big fan of the Wildcats when he was at IWU. He was elated to hear about their recent National Championship and congratulates them.

Streets says his job keeps him very busy, but he enjoys it so much that he does not even mind. His involvement in organizations at IWU not only impacted his own life, but impacted those in the Marion Community. Through all of this, Streets has constantly pursued opportunities and worked hard to achieve his goals.