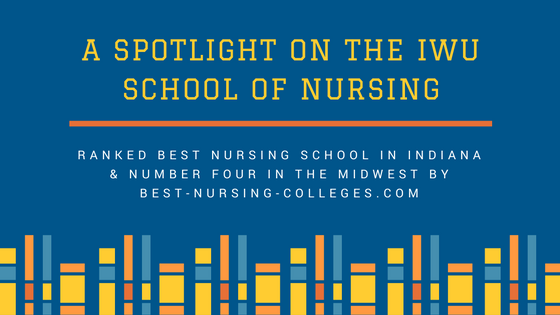 Kaylee Sills was told she would never graduate college because of her health problems; however, after multiple years without being diagnosed, Sills was diagnosed with dysautonomia at Mayo Clinic.

After her diagnosis, the summer before her senior year of Nursing School at IWU, Kaylee Sills got involved with the Dysautonomia Advocacy Foundation. She volunteered to be of any help to the association, and she was invited to be involved in dysautonomia research. The Foundation put her in touch with The Dysautonomia Project, a book that was in the process of being written and published. Since this time, the book has been published and Sills is a coauthor of the book.

“My name was very naked among all these M.D. and Ph.D.’s, but I wrote two chapters of the book,” said Sills. “That summer kicked off me volunteering with these groups.”

Once word got out about Sills’ diagnosis and her volunteer work, Sills was contacted by twelve IWU alumni or IWU students of the time who were also struggling with some form of dysautonomia.

In April of 2016, Sills organized a National Public Health Week seminar with the IWU Master’s in Health Division titled Understanding Dysautonomia. At the IWU event, Sills spoke, as well as IWU faculty Dr. Phillip Renfroe and Dr. Nathan Herring. Over 80 people attended, from as far as Cincinnati, to Sills disbelief. Afterwards, Sills received multiple requests to have this seminar presented all over the nation.

Sills graduated in April 2016 with a B.S. in Nursing. Last June, Sills passed her board exam and in August, she accepted a job at the University of Tennessee Medical Center in Knoxville.

Sills knows that her work as a nurse represents herself well and professionally, but she also believes it represents IWU well.

“I got a really good education at IWU,” said Sills. “I have patient after patient ask what school I attended because they’re impressed with my work. The patients tell me, ‘You seem like you’ve been a nurse for a really long time.’”

Although Sills has graduated, all of the money she had raised on Facebook during her last year of school has recently been awarded to Blair Grubb, a world-known researcher, who is considered an expert on Dysautonomia. Sills had the opportunity to present him with a $25,000 research grant.