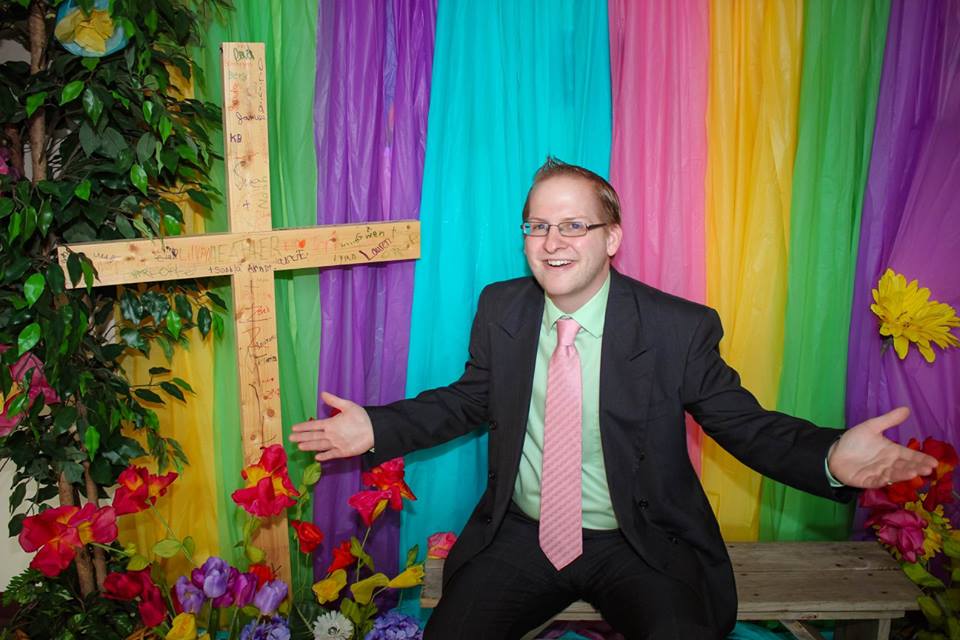 Matthew Schwarzentraub, the Connections Pastor at Croswell Wesleyan Church in Croswell Michigan, graduated from IWU in 2012 with bachelor’s degrees in Christian Ministries and Biblical Literature. He graduated just this last year from Wesley Seminary with his masters of divinity from IWU as well.

Schwarzentraub has been a pastor of Croswell Wesleyan five years this June. He began as an intern in the children’s ministry. In the fall of 2013 he resigned, but just a few weeks later he was called back by the senior pastor to be the connections pastor.

“My job is to serve as the connections pastor, focusing on hospitality, connections and life groups,” Schwarzentraub said.

While a student at IWU, Schwarzentraub was involved in the young adult ministry at College Wesleyan Church and was a senator in IWU’s Student Government Association. Both involvements and his friends at IWU affected him in large ways.

Schwarzentraub said, “I believe that, even though I did not see it at the time, those two activities shaped the way I minister to this day. Another equally influential factor is the close-knit friendships that I made at IWU. I learned more about God and more about how he created me through my friends. We encouraged each other to lean into who we were made to be.”

Schwarzentraub favorite professor during his time at IWU was Dr. David Vardaman who taught Church Leadership and Wesleyan Church History. “What I love about him is that he is real, and he cares deeply about his students. I could sense that he wanted to teach knowledge, but he also wanted to teach character,” Schwarzentraub said. “I always knew that he cared about me personally.”

One of Schwarzentraub’s favorite people at IWU was Dr. Keith Newman. “I’m not exactly sure how I got connected with him in the first place. It was probably through SGA,” Schwarzentraub said, “but I remember sitting down with him and discussing options for seminary. I had my mind on an established, more prominent program. He told me a story about a surgeon and a family doctor. The surgeon sees people, operates on them and doesn’t see them again. The family doctor sees patients, knows them and checks on them frequently throughout their lifetime. Dr. Newman then asked me to think about being a professor or a pastor. The more prominent seminary will train you to be a professor and you will know students for a semester and then send them off. This other newer seminary will help you continue to develop the heart of a pastor and you will know people for a lifetime. Which one do you want?”

Schwarzentraub knew his calling to be a pastor was real as a child. “One of the most distinct experiences came from my senior pastor when I was younger,” Schwarzentraub said. “It was at North Lakeport Wesleyan. I was involved in the Wednesday night CYC (youth) program, and we had to interview the pastor. As I finished my interview with Rev. Steve DeNeff, he asked if he could ask me a question. ‘Matt, what do you want to do with your life?’ I replied, ‘I want to be a pastor.’ He smiled, and later he was talking to my parents and recalled the conversation. After telling them what I said Pastor Steve said, ‘If he would have said anything else, I would not have believed him.’”

If Schwarzentraub could give current IWU students one piece of advice, it would be, “Put people first. It is easy to get distracted and be focused on results,” Schwarzentraub said, “but people need hope and the best way to show them hope is by listening, encouraging and caring.”