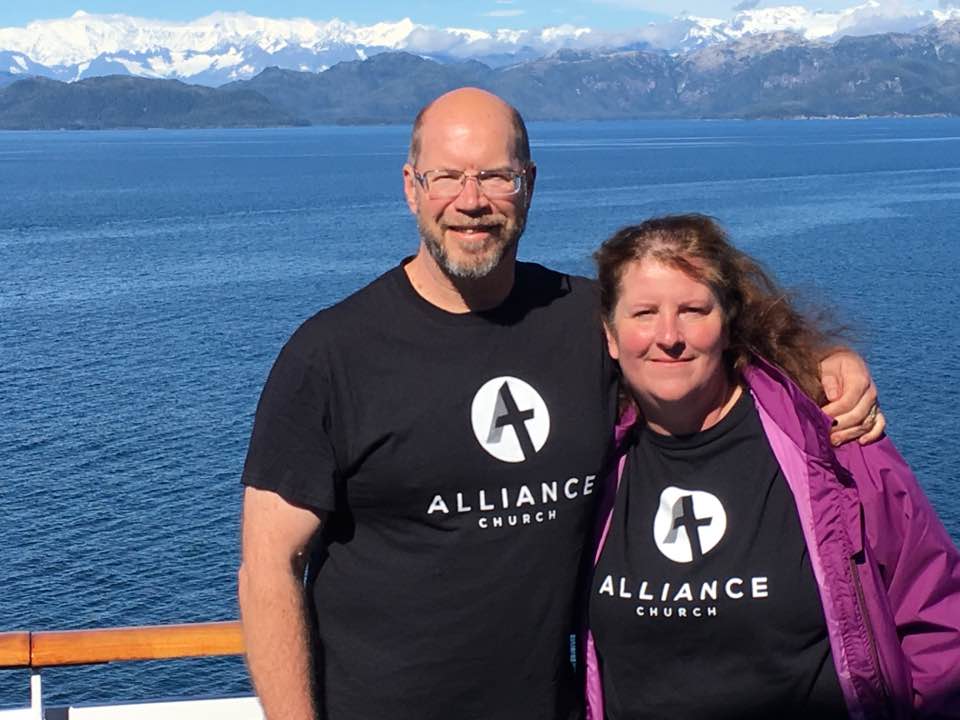 “In engineering school, I was both awed and humbled by the great minds and the affability of some of the professors. And by some of the other students for that matter,” Render said.

Render became a Christ-follower when he was 39 years old, and he didn’t start seminary until after he was 40. “I was taking night classes while I was working for an orthopedic company in Warsaw, Indiana. That whole idea of allowing yourself to be transformed, of stepping courageously into something new, but something vital and important – well that’s the whole message of being a follower of Christ, and being transformed into His likeness, isn’t it?” Render said.

Render’s time as a pastor has been out-of-the-ordinary. “I’m still doing the bi-vocational thing, working full time in research and development and as part-time senior pastor (which is an oxymoron),” Render shared. “There are so many times when I am affirmed and encouraged and just uplifted by being a pastor. Last year, I performed two marriages, three funerals, and just yesterday, got to do two baptisms, my all-time favorite part! Yet each one is incredibly significant in the lives of people, to share in and bring out the magnitude of those events, to enter into the most significant moments of a person’s life, to point them to Jesus and affirm what God has done – and wants still to do in their lives. One of the hardest challenges is trying to lead the turn-around of a shrinking organization. This is true whether it’s for a department, a company or a church. To take the time to build relationships, to work together to see that vision of what God wants for the community, to love everyone and see them with the eyes of Jesus… I tell you what, some people are easier to love than others! But the Lord reminds me where I am on that spectrum, so I am often reminded of His mercy and grace.”

Alliance Church was born out of a prayer meeting in which three couples gathered 60 years ago in a family’s home. The first building was just a small sanctuary. Although the building has expanded a few times, the original sanctuary has been dubbed Tozer Hall, because AW Tozer preached there, as well as Ravi Zacharias. “I’ve been here only a year and a half now,” Render explained. “We have several congregants in their nineties, but at the same time a thriving children’s program on Wednesday nights with many kids from the community who don’t currently attend our church. After changes in leadership, the people who were left are devoted and love to serve, and eager to see God bring new believers. I will work and worship with a community like that any day.”

Render’s advice to students is simply stated. “Pray that God lead you to that place and to those people, and pray God give you such a love for them. That makes all the pain, and the struggles and the celebrations worth every moment,” he said.