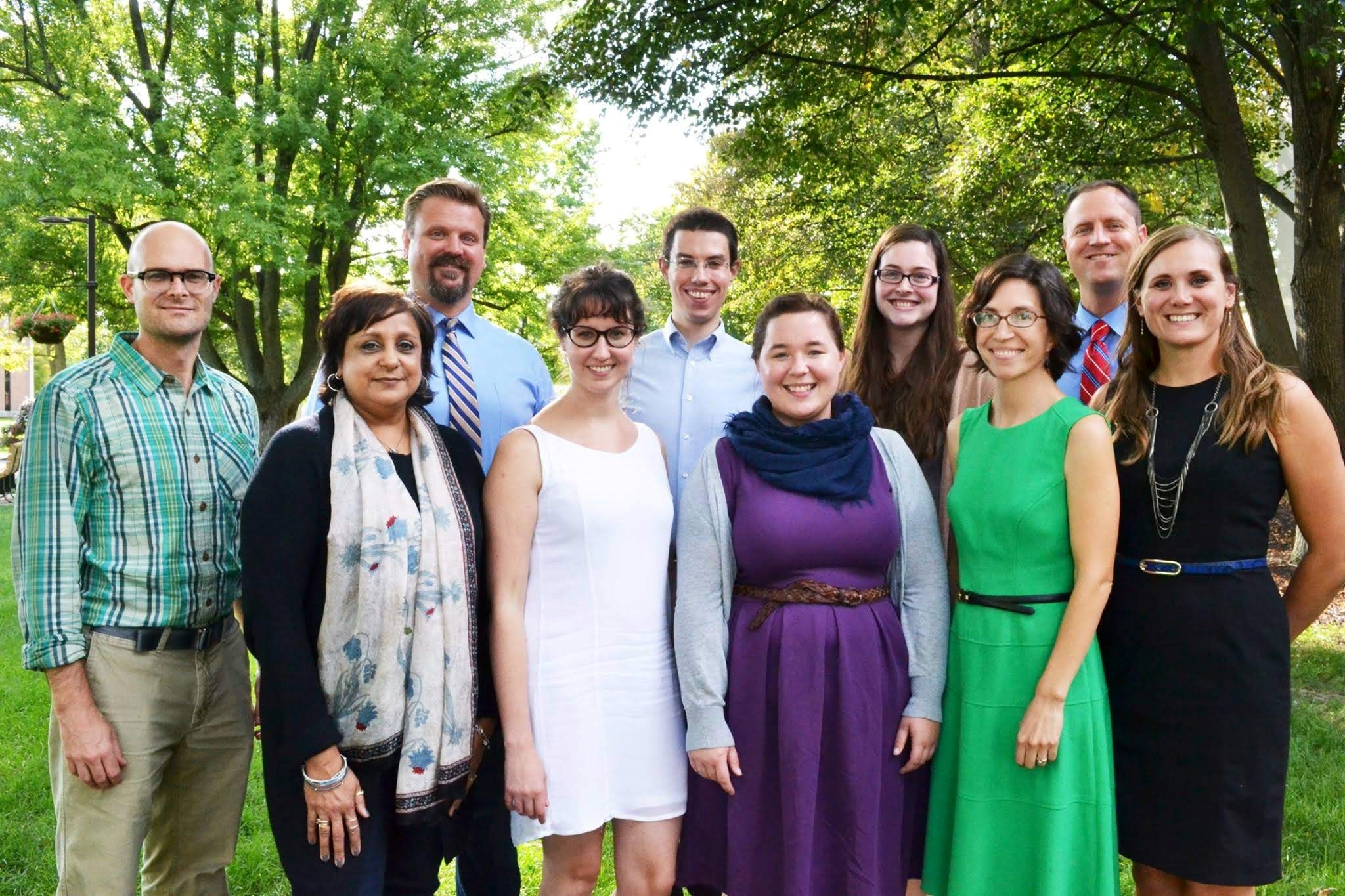 Everything could have been different for Brian Clark, a 2009 graduate of Indiana Wesleyan University (IWU) and the John Wesley Honors College (JWHC).

Clark, who is currently a PhD student studying Religious Ethics at Southern Methodist University, did not begin his journey towards higher education with his sights set on IWU.

At what Clark thought was the end of his college search, he had his plan worked out to attend another university. It was in that time, as it has been for many of us, where God changed Clark’s direction entirely.

This is when Clark first heard about the community that would become his home during (and long after) his time pursing his bachelor’s degree: The John Wesley Honors College.

Clark said that he was initially attracted by the JWHC’s interdisciplinary community and the challenge of honors coursework. What he received from the honors college was more than he could have asked for.

As a student, Clark became a Religion and Philosophy major, also minoring in Theology. While he rejoiced in his growing knowledge, Clark found the community at IWU to be invaluable.

He experienced a depth of friendship and the unique fellowship of mentoring that he had never received in such a way before. His education became less about knowing and more about becoming in-step with Christ.

Clark describes the experience as “learning to drink deeply the font of Christian traditions.” He said, “I learned to live my faith in via as a pilgrim member of Christ’s church, toward my heavenly home.”

While at IWU, Clark also had the opportunity to travel across the globe, which he had never experienced before. He wound up traveling to six different countries and studying abroad in England as an IWU student.

Graduation came and went, and Clark found himself back at IWU once again, this time serving as Honors Instructor in Humanities for the JWHC.

He led classes that he once took himself as a student, and he became a beloved presence for the students and faculty alike.

As if his time in the JWHC had not poured enough into him, Clark met his now wife, Allison, who also studied in the JWHC. They met through a mutual friend and IWU alum after they had both graduated.

One can imagine that they bonded on their earliest dates talking about Plato’s Allegory of the Cave (a typical read for JWHC students). Clark remarked about meeting his wife through his IWU community, “the community kept on giving, even after graduation!”

During his pursuits at IWU and in the JWHC, Clark discovered he had a calling to the church as a pastor-teacher and to the university as a Christian-intellect, which helped him discern his current doctoral focus, Virtue Ethics, specifically the tradition of Christian virtue.

In true ‘Professor Clark’ fashion, he wishes to pass on this quick word of advice to current students: “Life is grace all the way down. Give thanks! Life is good, even though it sometimes threatens to break us. Every valley and every journey has an end. Keep walking!”